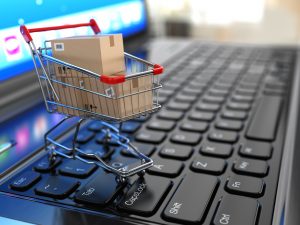 CUSTOMER Combine 9 Designs, makers of custom style industrial furniture, designs and manufactures vintage, rustic, and modern furniture for home and office. The company is based out of Houston and is the largest industrial furniture manufacturer in the country. What began as one person with a dream turned into a small team of talented craftsmen. It also sells outdoor furniture such as fire pits, gates, and smokers. The business makes beautiful pieces of furniture for customers all over the country as well as around the world. Combine 9 can also make commercial signs, making it a one-stop shop for retail fixtures, displays, and signage. Combine 9 products can be found in several Fortune 500 companies such as Google, YouTube, NBC Universal, eBay, Bed Bath & Beyond, RE/MAX and Hard Rock Cafe. Their products have been showcased on television shows and several commercials. Combine 9 Designs has been mentioned in several national magazines as well as television and film. Products have been featured in a nationwide Microsoft Xbox advertisement and a nationwide Verizon commercial. The company makes all of its items here in the U.S.A. and ships worldwide. The company’s products are built to last a lifetime and are functional.

NEED Combine 9 Designs ships about 10 times per week. The company always requires a lift gate and two-man deliveries. “Ninety-five percent of their product goes to residences and almost all are curbside deliveries as the freight is heavy,” said Al Herron, Team Worldwide Houston Branch Owner. Team Worldwide has worked with Combine 9 Designs for the past three years and has grown it from 92 shipments in 2016 and 2017 to more than 200 already this year (as of Aug. 2, 2019). Last year, it had 175 shipments. It has even grown to include international and inbound shipments.

SOLUTION Team Worldwide Houston may have little e-commerce business, but is ready to handle a call from its customer regarding e-commerce needs. “We figured out that we could service the account with quick quote response and daily route pickups,” said Bruce Nixon, Day Ops Manager at Team Worldwide Houston. “The service level was a good fit for both logistically as we have a driver in their area most of the day.” The fact that Team Worldwide is a large company with the small business feel is another of the ways as well, according to Nixon. What gives Team an advantage is the way it tracks the product. “We can give the attention of a small business with the technology of a larger player to meet their needs,” Nixon said. “These type of things are what gives us the edge: The ability to have a tracking system that is accessible and close to real time, the delivery services and delivery locations we offer, the quick turnaround on quotes and emails, the route trucks for pickups, electronically doing BOLs, electronic payables, and the ability to meet our clients’ needs.” With these advantages Team Worldwide Houston is ready to handle any of its customers’ e-commerce needs.

“What gives Team the advantage is the way it tracks the product. We can give the attention of a small business with the technology of a large player to meet their needs.” Bruce Nixon, Day Ops Manager Team Worldwide Houston